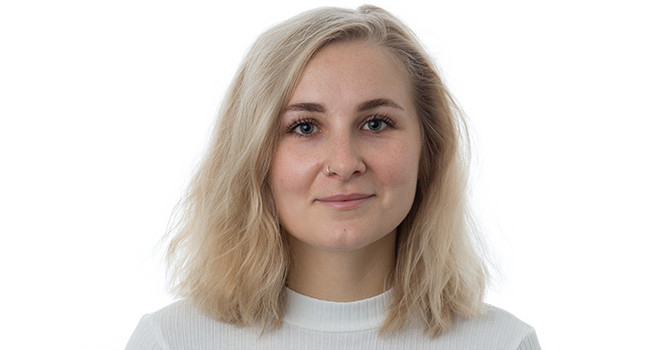 As of 1 October 2017 Interdisciplinary Media Studies (Media) has a PhD fellow!

My name is Louise Thomsen Kristensen and as of 1 October 2017 I am a PhD student at the Department of Culture and Global Studies and am associated with the Study Board of Danish. I graduated from AAU in June with a Master’s degree in Danish and media studies. I am 27 years old and live in Aalborg.

Northern Jutland has three great regional news media, TV2 Nord, Nordjyske Medier and P4 Nordjylland, which supply the people of the region with daily news on different platforms. The research on these media is sparse despite the fact that many years of international research has accentuated local news media’s importance in local communities.

The object of my project is thus these regional news media in Northern Jutland and the aim is to study how they are produced and perceived by the citizens of the region with a focus on North Jutland identity and different kinds of engagement in the production and reception of regional news. My research will therefore include extensive qualitative interviews with both media users and media producers in order to see if there is coherence between the media’s intentions and how the recipients perceive and engage in the media and how North Jutland identity is articulated and perceived.

► See more about Department of Culture and Global Studies