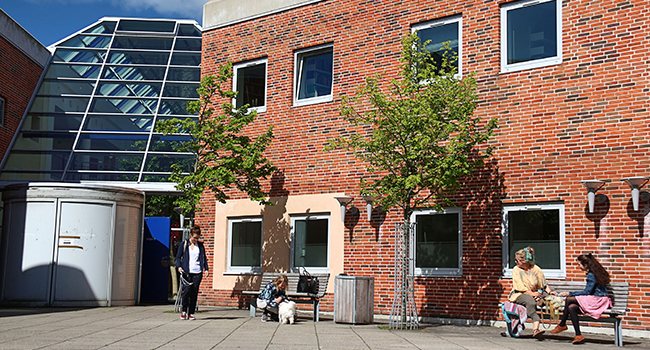 Conference on Critical Approaches To Discourse Analysis Across Disciplines 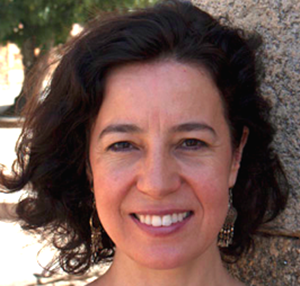 Climate, Discourse and (Post-)Politics: Critical Approaches to the Socio-Ecological Crisis

Over the last few years, the scale of the socio-ecological crisis (or crises) has become increasingly apparent with climate change epitomizing a range of other problems linked to energy production and uses, mobility, modes of material consumption, food practices, waste generation, etc. The impacts of climate change have intensified around the world in the form of heatwaves, droughts, flooding, extreme weather events, and a range of other manifestations with strongly disruptive effects, especially among poorer countries and social groups. Scientific projections show that those impacts will worsen significantly unless measures are put in place for a drastic reduction of greenhouse gas emissions, which requires fundamental transformations at various economic, social and political levels in ‘developed’ countries. This much has been known for decades. Yet, there has been little substantive progress. Recently, however, there has also been a rapidly emerging worldwide movement of contestation of climate-related practices.

At a time when the perils of the socio-ecological crisis become ever more evident, bringing to the fore the contingent and contestable nature of the discourses that sustain the status quo, as well as cultivating openings for change is a major responsibility for social and human scientists. As technocratic and managerial approaches reinforce their hegemony, alternatives are suppressed, and many sectors of society are impeded from shaping the meaning of climate-related issues and co-constructing the future, several scholars have been calling attention to the post-political condition of climate change (e.g. Hammond, 2018; Kenis and Lievens, 2014; Pepermans and Maeseele, 2014; Swyngedouw, 2010, 2013). I will review those crucial contributions and discuss discourse-analytical opportunities to build on that work. Based on various examples, I will make the case for more political critique in discourse analysis to help analyse and advance forms of politicisation, as potentially present in the climate justice and energy democracy movements. 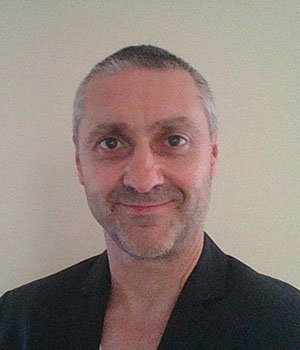 In this talk I look at what kind of model of multimodality best works for the purposes of Critical Discourse Studies, particularly for those who want to carry out more systematic forms of empirical discourse analysis.  Multimodality is now a broad and fragmented field which grew out of a particular strand of linguistics, offering the promise of allowing more detailed and predictive models of analysis for different forms of communication. Not all of the sub fields which have developed, however, provide suitable models for asking and answering the kinds of research questions that tend to lie at the heart of CDS relating to how instances of communication carry ideologies and power interests.

Some kinds of multimodality trend, arguably, to excessive modelling and labelling, in the fashion of linguistics itself, with a view to describing grammars. Using a number of examples from my own research I look at some of the key ideas for MCDA, a multimodality aligned with the interests of CDS.  This is a form of multimodality that foregrounds clear research questions and which is able to understand all instances of communication as infused into material culture, which is loaded with specific ideological interests and as already rooted in, and shaping, existing social practices.

David Machin is Professor in the Department of Media and Communication at Örebro University, Sweden.  He has published widely in the areas of Critical Discourse Analysis, Visual Communication and Multimodality.  His publications include: The Language of Crime and Deviance (2012), How to Do Critical Discourse Analysis (2012) The Language of War Monuments (2013), Visual Journalism (2015) and Doing Visual Analysis (2018). He is co-editor of the international peer reviewed journals Journal of Language and Politics and Social Semiotics. 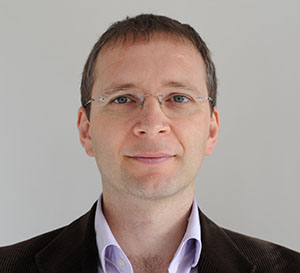 Discourses on migration are full of conflicts emerging from contradictory claims. These claims rely on diverging social, political, ideological, legal, religious and other norms articulated from different discourse positions. Discourse actors integrate the conflicting norms into field-specific topoi and fallacies. These topoi and fallacies are employed as argumentation schemes in order to justify claims in favour of migration and migrants or against migration and migrants. Up to now, Critical Discourse Analysts have primarily focussed on criticizing the norms behind claims discriminating against specific social groups of migrants, e.g. racist, ethnicist, xenophobic or islamophobic norms. Though this critique is an extremely important task, it does not contribute much to resolving the conflicts in question. In order to deal with the conflicts in a more constructive way, CDA could go a step further and also try to offer a model of problem-solving deliberation. It is the aim of my lecture to sketch such a model from the perspective of the Discourse-Historical Approach.

My lecture will focus on conflciting norms in dis­courses on migration in German speaking countries. It will concentrate on discourses capitalising on the so-called “European refugee crisis” in 2015. The analysis will focus both on discursive strategies of discrimination as well as anti-discrimination to be found in these discourses. It will be concerned with the normative critique of rightist racism, ethnicism, xenophobia and islamophobia, but also with the normative critique of fundamentalist religious, islamist and genderist discrimination. My multi-dimensional critique will be formulated on the normative basis of a deliberative model of argumentation that picks up Pragma-Dialectics and deals with philosophical concepts such as recognition, difference-sensitive inclusion, moral universalism and cosmopolitan federalism (see Habermas, Honneth, Frazer, Benhabib and others). I will propose to introduce a set of second order rules of deliberation in addition to the ten Pragma-Dialectical rules for critical discussion.

Martin Reisigl (PhD in Applied Linguistics) is an Assistant Professor (with tenure track) at the Department of Linguistics at the University of Vienna. Between 2011 and 2017, he has been an Assistant Professor for Sociolinguistics at the University of Bern. He was a Substitute Professor for German Linguistics at the Technical University Dortmund in 2016/2017 and at the University of Hamburg in 2009/2010. Furthermore, he was a Visiting Professor at the Central European University in Budapest (2009 and 2011). His research interests include (Critical) Discourse Analysis and discourse theory, text linguistics, sociolinguistics, pragmatics, politolinguistics, ecolinguistics, rhetoric, argumentation analysis and semiotics. His publications include Discourse and Discrimination (with R. Wodak; 2001), Nationale Rhetorik in Fest- und Gedenkreden (2007), The Discursive Construction of National Identity (with R. Wodak, R. de Cillia, K. Liebhart; 2009), DiskursNetz. Wörterbuch der interdisziplinären Diskursforschung (with D. Wrana, A. Ziem, M. Nonhoff, J. Angermuller; 2014), Diskursforschung. Ein interdisziplinäres Handbuch (with J. Angermuller, M. Nonhoff, E. Herschinger, F. Macgilchrist, J. Wedl, D. Wrana, A. Ziem), Diskurs – semiotisch (with E.W.B. Hess-Lüttich, H. Kämper, I. H. Warnke; 2017). 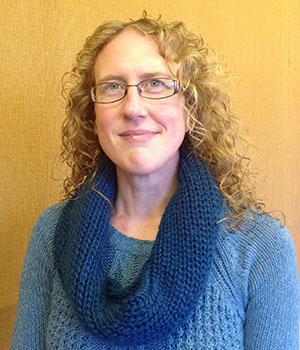 Social media sites such as Facebook have emerged in the last few years as an important arena for public discourse. Following recent political events – the Brexit vote in the UK and Trump’s victory in the US – concern has been voiced in the traditional media about polarisation and the spread of misinformation on Facebook. The problem, as currently framed in the media, is that Facebook’s personalisation algorithm selectively predicts the information that users will find of most interest based on data about each individual and that this creates a form of online isolation from a diversity of opinions, which enables fake news to go unchallenged. What such technologically deterministic discourses ignore, however, is how users choose to engage with content on Facebook, choices which have as much to do with maintaining or negotiating relationships and the construction of online identity as they do with concerns about ‘truth’; in other words, that there is a social as much as an epistemic element to the creation of Facebook as a space for public discourse.

In this talk, I draw on a research project carried out with Philip Seargeant called Creating Facebook to critically analyse how users’ awareness of Facebook as a social space shapes the decisions they make in sharing and evaluating news stories. Building on concepts from media studies such as ‘context collapse’, we argue that while algorithms are certainly an important element in the spread of false news, of equal importance is how people fashion their experience of Facebook as a communicative space through their actions, and how, in effect, they contribute to the construction of these opinion-ghettos themselves. Given the increasingly central role of social media in political debate, our study highlights important considerations for a critical and interdisciplinary understanding of public discourse in the twenty-first century.

Caroline Tagg is lecturer in Applied Linguistics at the Open University. Her research interests lie in social media communication, with a particular focus on language, multilingualism and multimodality. She has drawn on a range of methods, including discourse analysis, linguistic ethnography and corpus analysis. Her books include The Discourse of Text Messaging (Continuum, 2012), Exploring Digital Communication (Routledge, 2015) and Taking Offence on Social Media: conviviality and communication on Facebook (with Philip Seargeant and Amy Aisha Brown, Palgrave, 2017). With Philip Seargeant, she has written a number of popular articles for outlets such as The Conversation and The Times Higher Education, drawing on their research into the role of Facebook in fake news, and has developed a suite of open educational resources (OERs) on the subject. 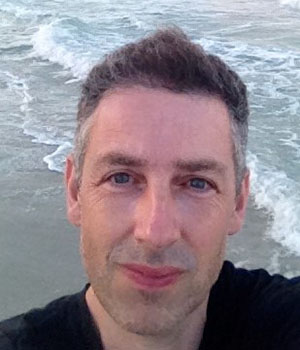 What can the ruins of an atomic weapons research facility tell us about the multiplicity of secrecy?

This presentation addresses the multiplicity of secrecy. It focuses on a formerly top secret weapons research site called Orford Ness. Located on the easternmost coast of Britain, Orford Ness was for nearly 80 years a place where key weapons, intelligence and surveillance technologies were tested and developed. In the 1950s and 1960s it became part of Britain’s atomic weapons research estate, performing stress testing on the early generations of the atomic  bomb. Today much of the site is in ruins. It is managed by the environmental charity, National Trust, which manages the site as a place of environmental and historical significance.

Focusing on the past and present of this specific ‘prohibited place’ the presentation will argue for a polymorphous approach to secrecy, one attuned to the multiple registers, valences, logics, layers and meanings which secrecy can take on. Such an approach challenges the conventional view of secrecy as a subtraction or a mere quantity. It builds on important work that calls for a more qualitative understanding of state secrecy, one attuned to its varying depths and distributions (Pozen), temporalities (Swire, Thompson), energies and aura (Taussig), charms and allure (Dean, Simmel), and variable ontologies (Galison). We have long understood key concepts like sovereignty and citizenship as complex, variegated, multi-faceted, and historically mutable. A polymorphous approach promises to extend that sensibility towards our understanding of state secrecy.

William Walters is a Professor of Political Sociology in the Departments of Political Science and Sociology & Anthropology at Carleton University, Canada. His main research interests are secrecy and security, borders and migration, mobility and politics, and infrastructure and power. He is completing a book called The Production of Secrecy (Routledge, forthcoming). Previous publications include Unemployment and Government: Genealogies of the Social (2000), Governing Europe (2005), Governmentality: Critical Encounters (2012), and the co-edited collection, Global Governmentality (2004). He is the principal investigator on The Air Deportation Project, a five-year investigation (funded by Canada’s Social Sciences and Humanities Research Council) into the aerial geographies of forced removal and expulsion in and from Europe. He also co-edits the book series, Mobility & Politics, for Palgrave Macmillan.